Once used as a prison by the ISIL terror network in Iraq, the UN sexual and reproductive health agency and partners have converted a former grim detention centre into a sunny space for youth.

The UN Population Fund (UNFPA), Iraq Ministry of Youth and Sports and the Governorate of Anbar re-opened on 25 December, the Ramadi Youth Safe Space –in what some saw as a timely Christmas gift.

Before ISIL confiscated it in 2014, the building was a House of Youth under the Ministry. During the war it underwent severe damage.

The reconversion and reopening of a space that used to recall sorrow and pain has been transformed into one of hope and strength.

Speaking at an event kicking off a new beginning for the revamped building, Ali Farhan Al-Dulaimi, Governor of Anbar, thanked UNFPA for its continuous support and investment in the governate’s young people.

Rita Columbia, the UNFPA Representative in Iraq, highlighted the importance of empowering youth and engaging them in community life.

“I am very proud of the young volunteers who had a dream and made it a reality”, she said. 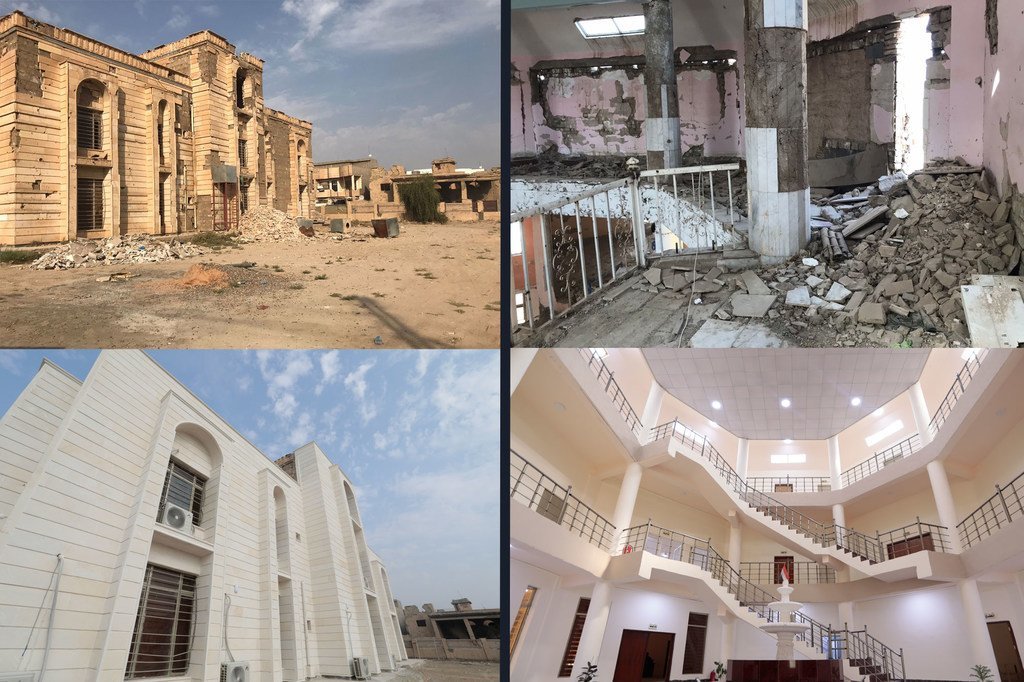 A former prison used by the Islamic States in Iraq and Levant (ISIL) has been transformed into a youth safe space, Anbar Governate, Iraq.

The Youth Safe Space serves as a place for girls and boys to receive life and leadership skills, peacebuilding and edutainment activities.

Prior to the war, the building had served as a special place for Anbar youth to build friendships and learn new skills in music, arts, science.

After the liberation of the territories, young people there decided to bring the building back to its original purpose and reclaim it as a youth-friendly spot.

Young volunteers led the process and made decisions about how to make the place more accessible for all youth in the surrounding communities, including the most vulnerable.

And as the demand for youth services grew among communities, UNFPA with support from Canada, the Anbar Governor and United Iraqi Medical Society for Relief and Development (UIMS) completed the rehabilitation of the Youth Safe Space.