Education systems around the world need “more, not less money” the UN chief told journalists on Saturday during a joint press stakeout on the Transforming Education Summit and the International Finance Facility for Education.

He reminded that the “world is experiencing multiple crises”, and governments, businesses and families everywhere are feeling the financial strain.

Moreover, since the COVID-19 pandemic began, two-thirds of countries have cut their education budgets.

“But education is the building block for peaceful, prosperous, stable societies,” he stressed.

The top UN official spelled out: “We need to get more, not less, money into education systems”.

He argued that while wealthy countries can increase funding from domestic sources, many developing nations are being hit by the cost-of-living crisis.

He then spotlighted the role of the International Finance Facility for Education to get financing to lower-middle-income countries – home to 700 million children who are out of school – and to the majority of the world’s displaced and refugee children.

The UN chief told the media that the Facility is not a new fund, but a mechanism to increase the resources available to multilateral banks to provide low-cost education finance.

“In time, we expect it to grow into a $10 billion facility to educate tomorrow’s generation of young people,” he said.

“It will complement and work alongside existing tools, like the Global Partnership for Education, that provide grants and other assistance”. 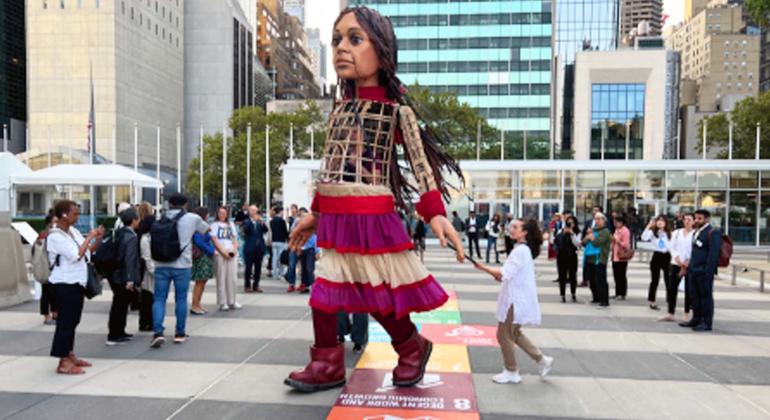 The Secretary-General congratulated his Special Envoy and all the countries and institutions involved in getting the facility off the ground.

“I urge all international donors and philanthropic organizations to back it,” he said.

Earlier today Deputy Secretary-General Amina J. Mohammed opened Day 2 of the Summit, “Solutions day,” by recapping the need for education transformation; equity and inclusion; a rethink of the curricula and innovation in teaching.

“But loud and clear, we need more and better financing,” she stressed. “We can’t do this with fresh air, it has to be fueled”.

She described education as “a huge ecosystem” that supports many other lofty goals and called for “a sense of urgency” in scaling up projects.

“No more pilot projects, we know exactly what to do” she said. “It’s all about taking steps forward”.

It began with a day of youth-led mobilization, which included contributions from the Secretary-General, his deputy, and the President of the 77th General Assembly, Csaba Kőrösi.

Tomorrow, the UN chief will introduce his vision statement, along with world leaders, in the General Assembly Hall, as the Summit comes to a close.